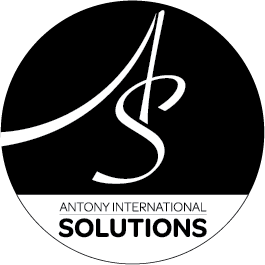 Most would assume that in business, things must evolve and change in order to grow and adapt. Angela has found in her 15+ years of business experience that change is often painful for many business leaders. There are many aspects of business that are proven methods to success, but nonetheless they should always be tested and reinvented in order to keep up with societal and cultural changes occurring with their customers. This line of thought brings you to the birth of Antony International Solutions (AIS).

When it comes to change and evolution, Human Resources is often an overlooked function within an organization. In some businesses HR is perceived as a necessary evil, however it houses a critical function to any business’ growth and stability, recruiting.  Unfortunately, recruiting has also suffered from a lack of innovation. For years, Angela has believed Recruiting not only has a desperate need for change and evolution, but specifically the invention of a new methodology.

During her 12 years working in progressive recruiting roles within small, midsize and large corporations Angela too got pulled into the three traditional methods of recruiting: in-house corporate, agency pay-per-placement, and contract. As a result of these traditional approaches, recruiting was often perceived as dispensable and the “first to go” when an organization was downsizing, on a freeze, or restructuring. When in fact, they should have been seen as more important than ever.  Angela spent a lot of time pondering this perception, focused on identifying a solution.

In 2012, Angela found herself at a crossroads.  One path involved remaining in-house, leaving herself vulnerable to being dispensable and stuck in traditional methodologies; the other was to go out on her own to pursue a new, improved, modern solution and method.  Angela took the scarier, unknown path and within one year identified the evolution in recruiting.

The birth of Flex Recruiting occurred in 2013.  After taking on a few contract roles, Angela had a client who was in need of a new solution. They had been struggling to find the experienced recruiter willing to partner in finding the flexible solution they required.  In conversations over a solution, Angela discovered a structure that provided the support needed. After 13 years of traditional methods, this even raised her eye brow initially.  After getting past the traditional mindset, a light bulb didn’t just flicker, it exploded leaving Angela wondering, “Why didn’t I think of this when I managed recruiting?”.

Her method was simple and brilliant; let’s take the best pieces from the three methods, sprinkle in flexibility, and produce a solution that adjusts to the inevitable ups and downs of any business’ hiring needs.  Oh, and one more important quality, keep it affordable.

Since 2013 we have had the great experience of providing Flex Recruiting services to a variety of different clients with equally different needs, industries, and job types. And yet, the same flexible solution met their needs in a way that no traditional method could.